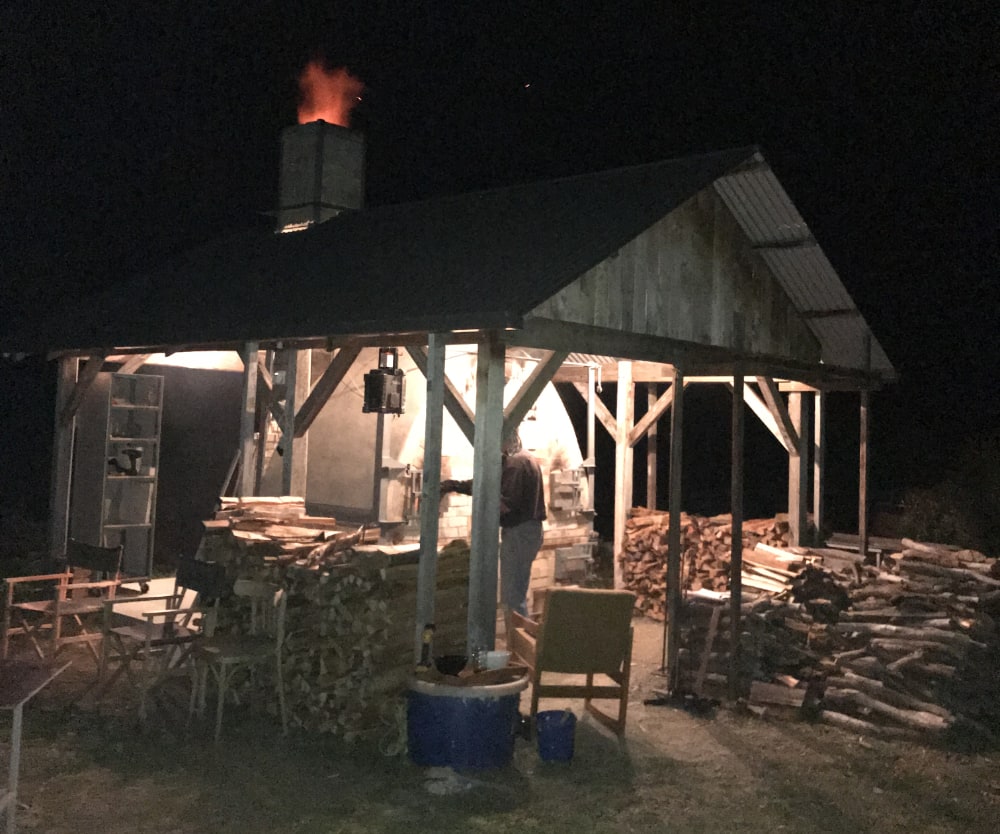 The kiln is single chamber catenary arch with fire boxes inside the chamber. In the past I did not like the look of catenary arches I preferred the softer arch structures built by the Romans. There was an original Roman stone bridge where I grew up in Wales. I always marvelled at the beauty of the sprung arch and the structural strength that enabled it to function for 2000 years. I relied on that Roman arch principle with my previous kilns but in 2018 when it came to building this new kiln I gave due consideration to the catenary arch.

The previous year I had travelled in Spain and seen numerous Gothic Cathedrals where catenary arches were used to structural advantage and aesthetic beauty. The catenary arch kilns I had seen in the past always looked high and pointy but I came to realise that there are parabolic arches, hyperbolic arches and catenary arches. It can be quite tricky to tell them apart. There are no obvious visual clues.

Gaudi used catenary arches in many of his projects none more impressive than the Segrada Familia which we saw in Barcelona.

So I began experimenting with a lightweight chain to see how soft a curve I could make over a set kiln width. I set the floor plan of the kiln shelves I had available and worked from there. The idea of fireboxes within the main arched chamber appealed to me for several reasons. The first being the close proximity of the fire to the pots which by my reasoning would provide a lot of fly ash and flame effects on the pots. Having the fireboxes in the chamber means you don’t have to waste precious energy heating up separate fire box structures. The curve of the arch provides a smooth surface to direct the flames over the low bag wall into the stacks of pots. 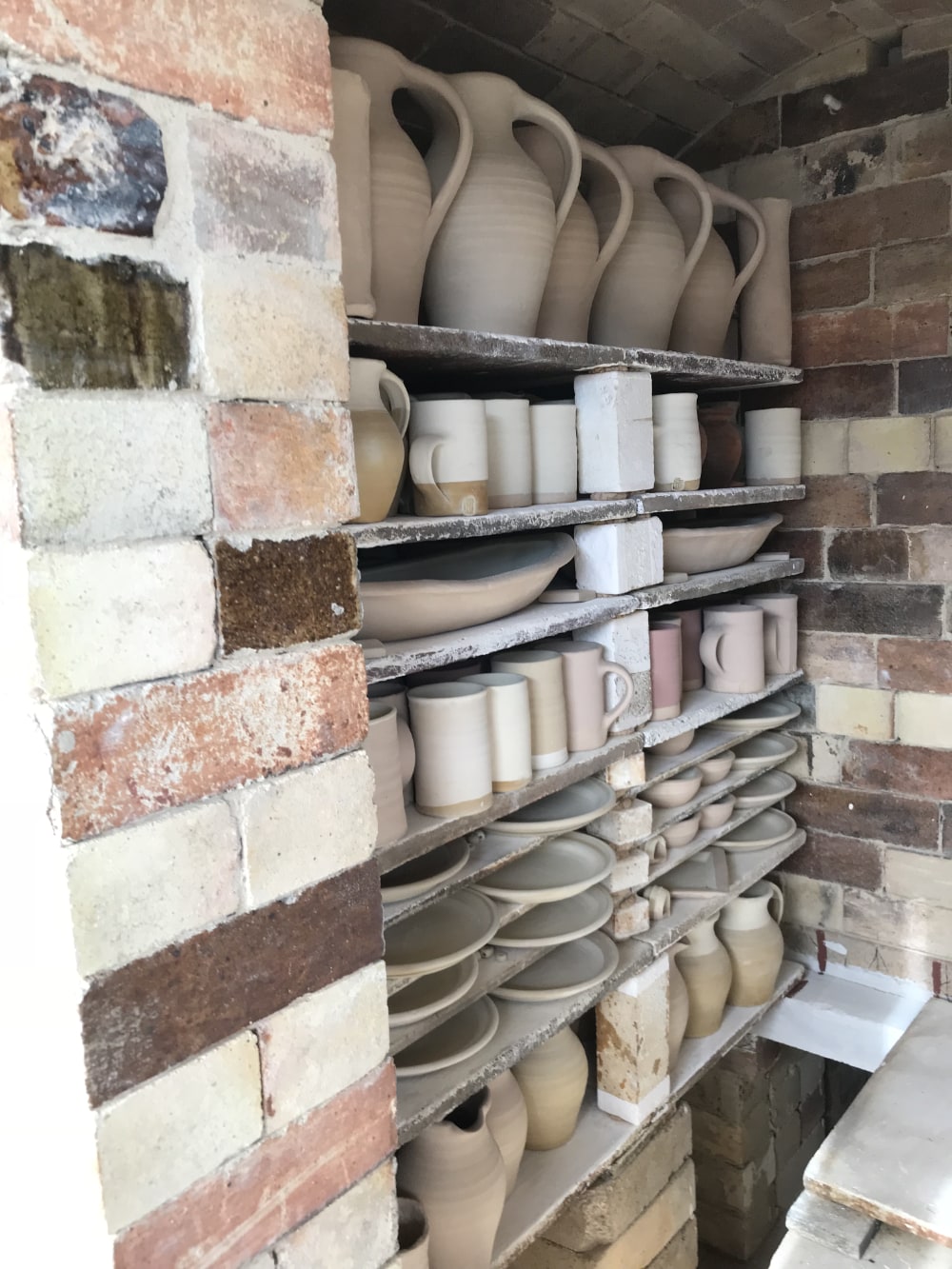 The design theory has proven to be quite good because the kiln fires evenly and gives the pots a heavy coating of fly ash and nice flame effects. We are currently using hardwood for the early stages and silver wattle for the latter stages. The kiln fires from raw to 1300 degrees centigrade in 17 hours and does not use much wood. It is relatively straight forward to progress through the early stages of the firing gently so as not to cause problems for the once fired clay and glazes.

The steel framed stoke hole doors with pivot hinges and the higher stoke holes make firing the kiln ergonomically friendly. In other words the older you get the less bending the better.

It is early days in the life of this kiln and I am looking forward to firing it in different ways, with different types of wood fuel and maybe for longer periods to see what results can be achieved. 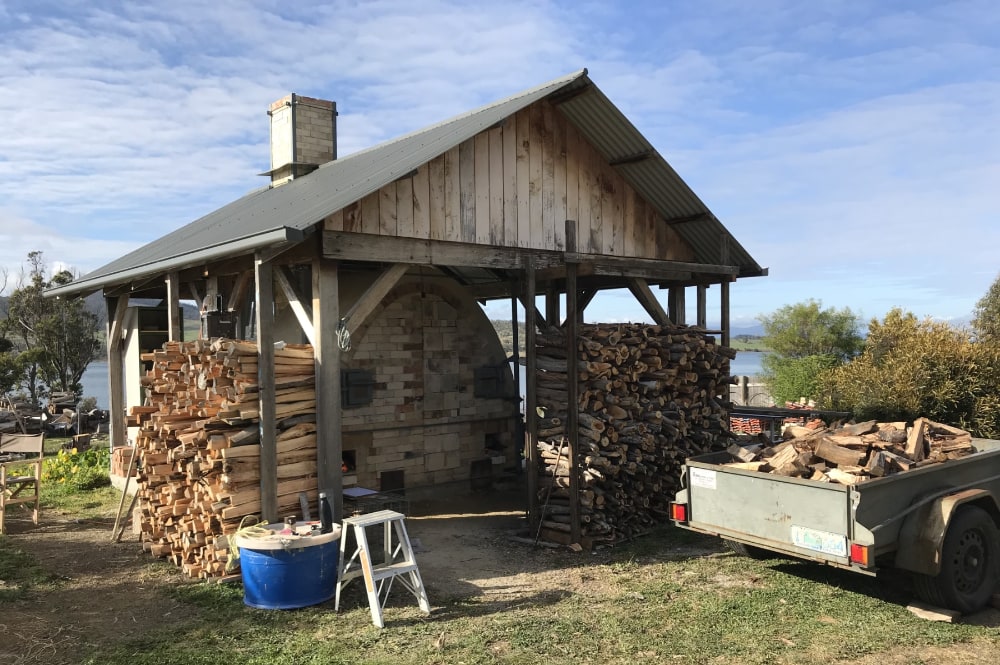 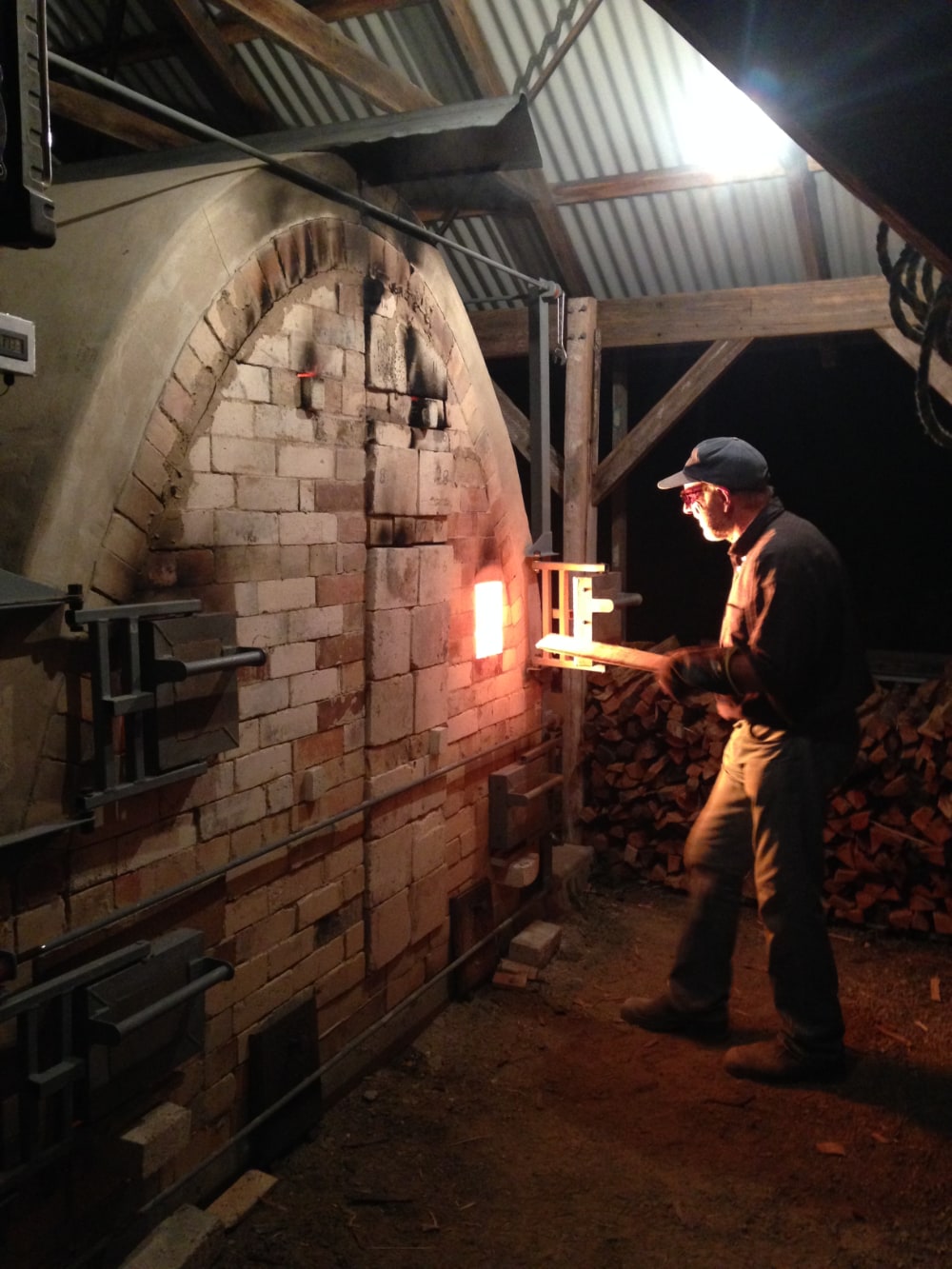