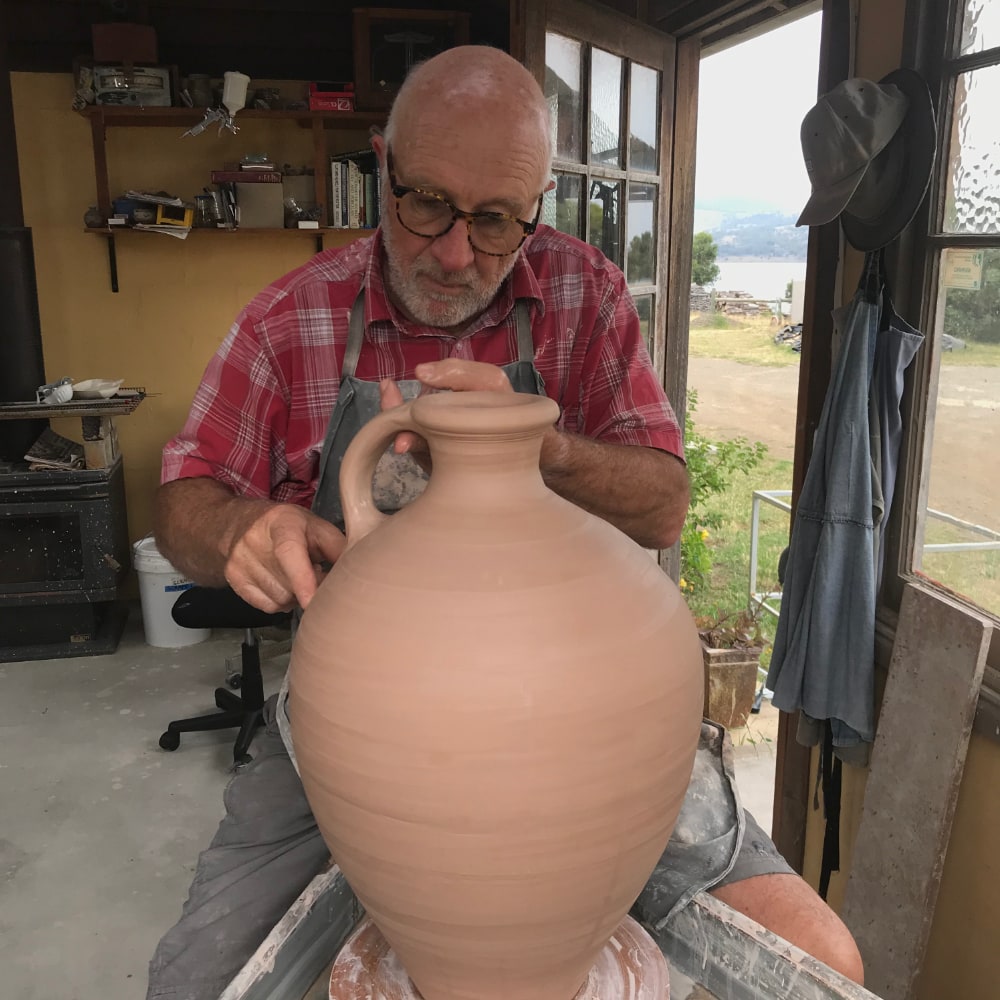 I was inspired to take up ceramics after visiting the pottery studios of Warren Tippett and Barry Brickell on the Coromandel Peninsula in the early 1970’s while I was backpacking around New Zealand with a surfboard looking for waves. I like the idea of self-employment, country lifestyle, vegetable gardens, chooks, bee hives and free range kids.

I made a few pots while I was there in New Zealand and loved working with clay. It reminded of the time when I was about 10 years old that I had dug my own clay and made some pots and fired them in the coal fired combustion stove in the kitchen of our family home in Wales. The smell of hot, damp clay still takes me back there.

I grew up in West Wales and left there on my world adventures in 1969. I came to Australia and then on to New Zealand. After two years in Australia and New Zealand I spent six months travelling home to Wales overland through South East Asia, Nepal and India.

When I got back to Wales I remembered my visit to the potters in New Zealand and spontaneously decided that I was going to be a potter. I enrolled in Swansea School of Art for a foundation year but I spent most of my time in the Ceramics Department and it was there that my lecturer told me about Mick Casson’s Studio Pottery Course at Harrow School of Art. I applied for Harrow and was very thankful to be accepted. In the first term at Harrow Mick Casson introduced us to the work of Gwyn Hanssen (later Hanssen Pigott). I was very taken by Gwyn’s wood fired pots and it was not long after that she came to Harrow for a two week teaching block. During the teaching block Gwyn invited me to come back to Australia to help her set up a pottery workshop with the promise of wood firing and the use of local materials, that was an offer I could not resist.

I was a trainee with Gwyn for a year in Tasmania in 1974. We did field work and research on local materials with Les Blakeborough in the Ceramics Department of the Tasmanian School of Art. It was a great year I learned a lot being around Gwyn and Les and it only gave me a greater determination to become a full time potter. 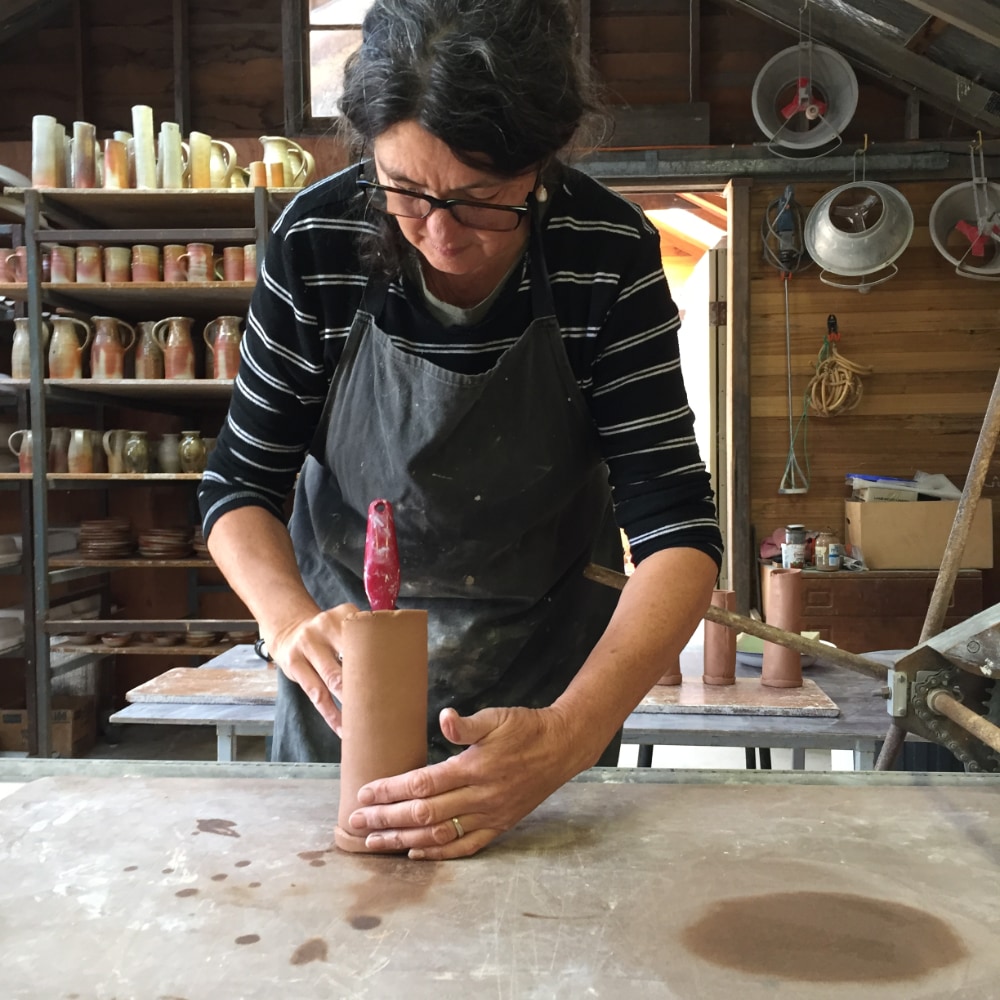 During that time I met Tammy and we were married in 1975. The same year we set up Garden Island Pottery near Cygnet. I built my first woodfired kiln based on my observations of Barry Brickell’s Dutch oven firebox and started production. We made pots for a living and lived the dream, complete with a draught horse, vegetable gardens, the goats, the chooks, the bees and the kids. We were 13 years at Garden Island Creek making pots and had other potters working with us from time to time.

In 1988 we moved to our coastal property at Dunalley where I built the family home. We had intended to build a studio and kiln and carry on making pots where we left off at Garden Island Creek but it took me nearly a year to build the house and by the time I had finished I was receiving a steady stream of offers to do building jobs for friends and acquaintances. The children were approaching teenage years by this stage and the cost of family living seemed to demand that I carry on with the building for a while.

The “while” turned into 30 years, it was an interesting side track, designing and building houses for other people out of natural materials like stone, rammed earth and big timbers. You can read more about the building work and see some of the buildings at www.fullperspective.com.au.

I never lost the desire to return to making pots even though friends tired of hearing me say I would get back to it one day. In the early days Tammy was always busy with home schooling the children, working in the vegetable garden and milking goats. She now has the time be more active in the workshop and spends her time between the pots, the garden and the part time building consultancy work that we do together. We carry out pre purchase building inspections on properties for people when they are buying.

We have been living in Tasmania for nearly 45 years now; we have travelled the world but we have never found a place we would prefer to live. We love the climate, the wild places, the relatively small population and the vibrant art and music scene. In Tasmania we have the freedom and the resources to make pots and fire in a wood fired kiln. There is an abundance of fuel for the kiln, in particular silver wattle which gives us nice ash deposits on the pots and plenty of naturally occurring materials. 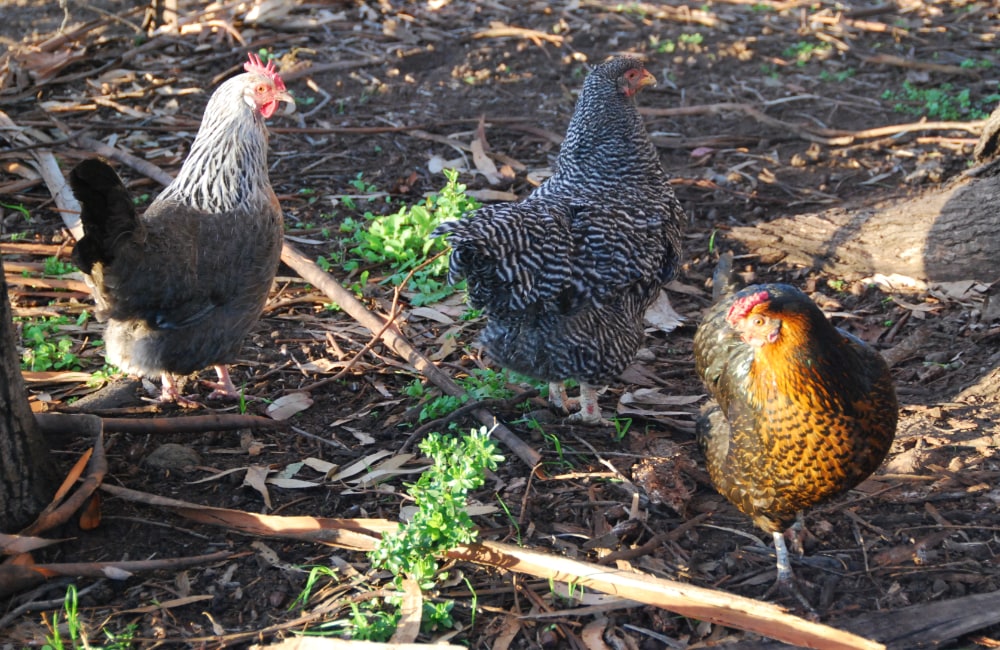 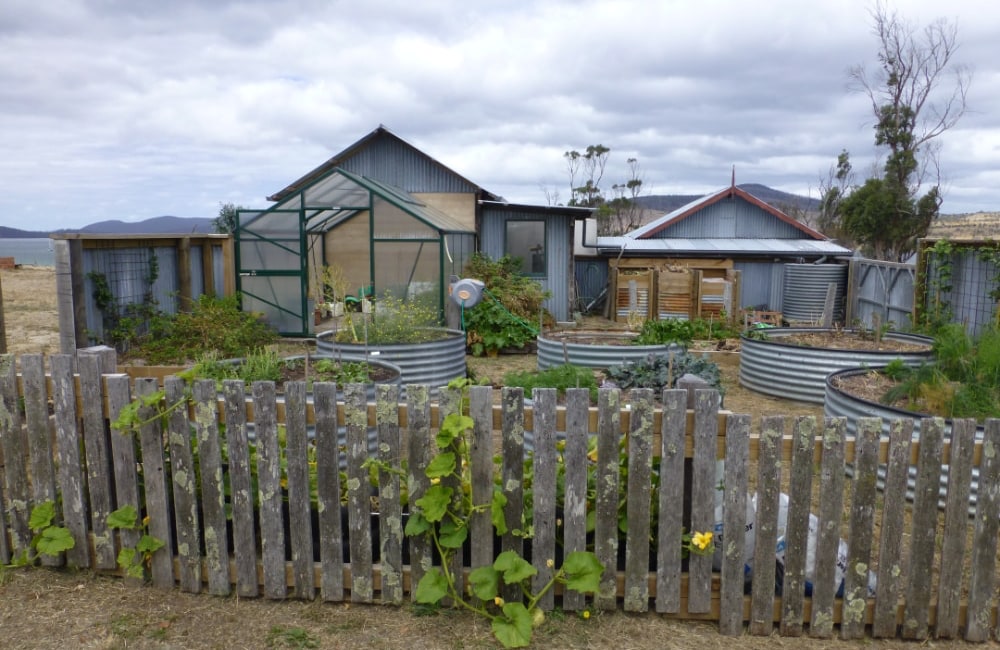